A woman is grabbed in the middle of the street, torn into a car and abducted.
Shortly after, she is married to one of the men.

The feature film ALA KACHUU is a project of Filmgerberei and tells the story of a young Kyrgyz woman that abducted and forced to marry a stranger. The film is fictional but based on true fates of young Kyrgyz that our author and director Maria Brendle has investigated during the past three years. The film wants to draw attention to bride kidnapping and contribute to a world where a woman's no does no longer mean any shame.
Read the synopsis

With this film, we want
· to tell the story as a narrative film to take the viewer on a dense emotional journey.
· to take advantage of our resources as filmmakers to inform about this custom despising women and to contribute to worldwide efforts sensitizing people for this relatively unknown topic and strengthening women's rights.
· to inspire young Kyrgyz women to stand up for their own (human) rights.
· to collaborate with organizations (NGOs, schools, universities, women's shelters, etc.) on site and worldwide by making the film available to them for educational events and discussions about the topic.
· to encourage girls and their families (in the whole world) to refuse forced marriages.
· to screen the film at as many international festivals as possible.

The film is 91% financed. We are supported by the Zurich Film Foundation, funds from the Federal Office of Culture, Migros-Kulturprozent, the Swiss Embassy in Bishkek, Soroptimist International (Clubs: Brugg Baden, Lavaux, Vevey), the Anne-Marie Schindler Foundation and the Foundation SUISA. Our successful crowdfunding has generated over CHF 60,000.

We have a detailed budget plan for film projects that is legally binding.

The entire crew is paid at least the statutory minimum wage. In addition, the money of the Zurich Film Foundation must be spent with an effect of 150% in Zurich itself. Our team thus consists of people living in Zurich who are realizing the film in close cooperation with our Kyrgyz partners.

The total budget can be split into:

60% for salaries of actors and crew members (actors, production and postproduction personnel and composers)

16% for logistics (flights, accommodation and board)

24% for equipment (on set and for postproduction)

Our producer Nadine Luechinger of Filmgerberei is happy to offer more details about the film finance upon request.

We still need CHF 40,000 for our postproduction (edit, color grading and scoring). Thank you for your support!

«This film should encourage women!

When I asked aid organizations and at the women's shelter in Kyrgyzstan how I could help the young women with a film, people would ask me to depict a positive main character that could be a role model for the young women.

I am adhering to this request.» 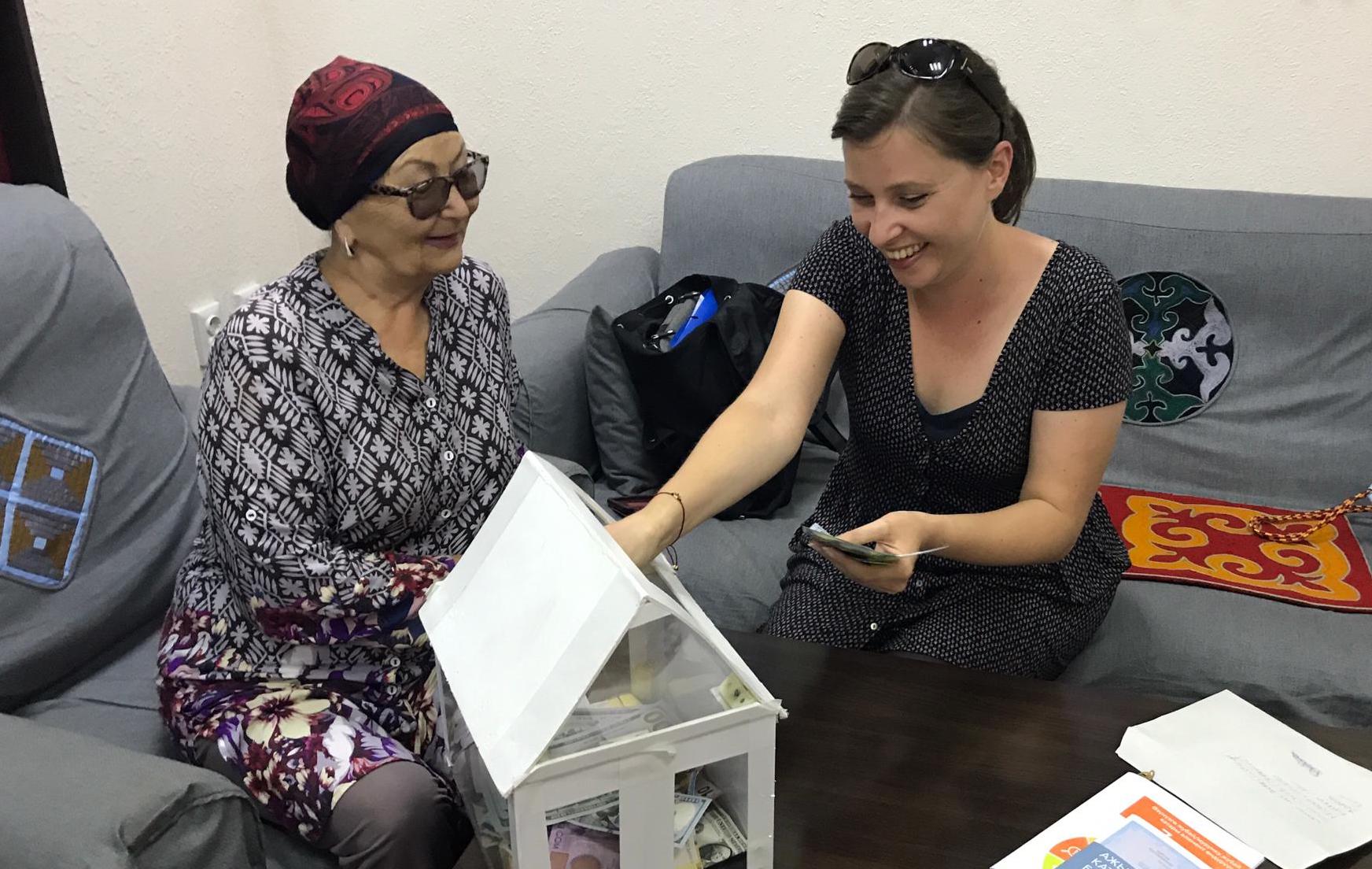 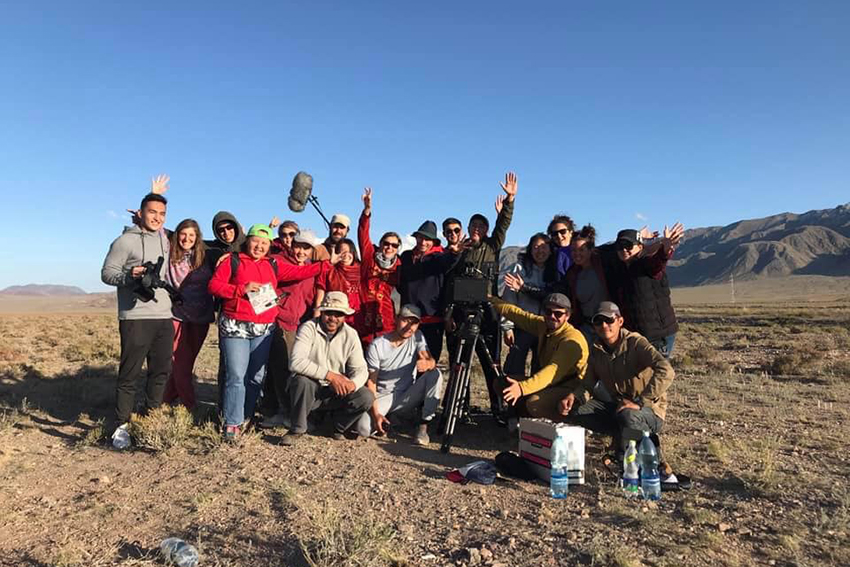 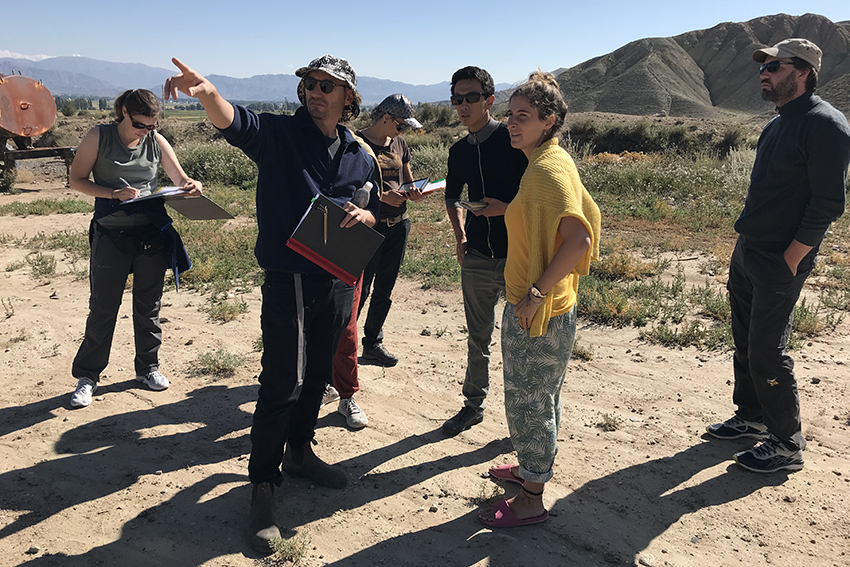 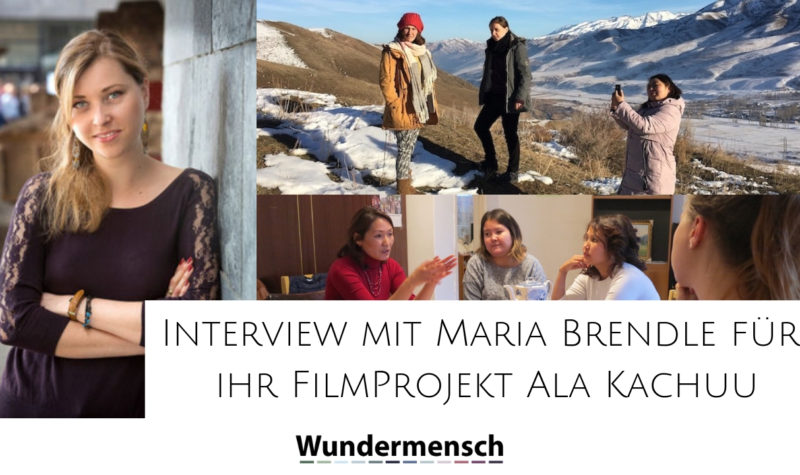 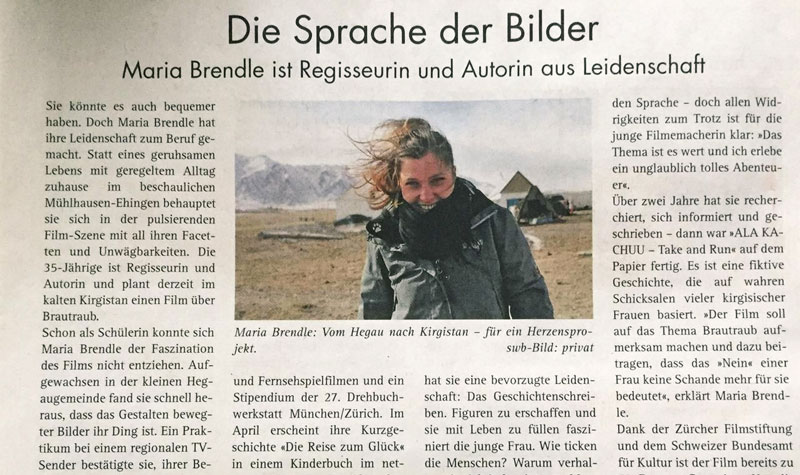